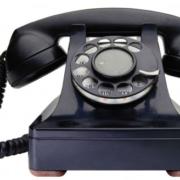 As a language enthusiast I have often deplored the fact that languages, against all wishes, are not contagious or transmissible by any means. In the absence of some reliable formal base, except for some language geniuses there is rarely ever a way to just “pick up” a language, in the streets as it were, and I have often noted with some dismay that Arabic and French, in which I conduct many conversations with my relatives in my husband and children’s presence, remain hopelessly impenetrable to them.

When I arrived in New York almost forty years ago, I settled in Washington Heights. It seemed wherever service I called, I got a prompt that said, para espanol oprima el dos. To my mother’s question, “Are you at least learning a little English?” I remember replying, without any sarcasm, “Non, Maman. In New York no one speaks English. They only speak Spanish, and I am not learning that either!” Almost nothing has changed in the Heights!

In my long years as a restaurateur and caterer, there was no missing this simple fact:

An overwhelming majority of kitchen employees speak Spanish, and Spanish only.

We would step up the body language in creative and often comical ways to communicate our wishes to our crew. But sometimes even that proved not to be enough. Like the day Delfina, a shy new girl, started working with us, moving very slowly. I asked Flora, who worked with me both in my kitchen and at my house, and who was somewhat bilingual, to interpret for me. “Explain to Delfina,” I started, “the importance of working as a team, at a brisk pace, so no one is forced to pick up the slack, etc….” The bewildering rendition of my little speech was a brutal jab in poor Delfina’s ribs, and a single word delivered in a bark: “Avanza!” Talk about getting lost in translation!

That was the day I decided to register for a ten-hour basic Spanish course.

Just so I could give my own orders in my own kitchen in my own personal style, thank you very much! Oh I wasn’t terribly ambitious, and to this day I serve all my Spanish verbs totally un-declined: Nature, as we say in French. I remember our lovely and very pregnant Spanish teacher, Martha, ecstatically pointing to her belly for a virtual introduction to named and unborn baby Maya, still in her maternal wrappings.

On the last Spanish class day, I brought a homemade apple cake (which I had smugly labeled “Torta de Manzana”) and a taping of the wonderful Hebrew lullaby song “Maya,” which we played over our farewell breakfast. We watched Profesora Martha go to pieces. I asked her jokingly why Flora (better known as “Foya” to my then-tiny son Yakov who was crazy about her: I can still see him rolling up her shirt sleeve to plant wet kisses on a choice plump spot on her arm) always said “Djako, careful when you open the yar of pickles!”

Why couldn’t Yakov just open the jar of pickles? Or why she always said to little Bella before she left for school, “Bellita mi amor, habe a good tine!” why not just have a good time? That made Martha burst out laughing through her joyful tears. Flora and I were quite a team, at work and at home. One day when the hot water supply was cut off for boiler repairs, she urged me “Oy Labana, Dio Mio, don’t inbent no more new dishes today cuz we don’t got no hot water no more!!! Claro patrona?”

Here is my Flora-inspired recipe for black bean soup.

Lévana Kirschenbaum has been blogging for MyJewishLearning and the Jewish Book Council. 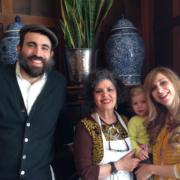 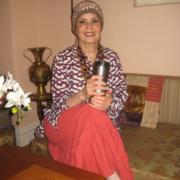 Have Tea Mug, Will Travel! 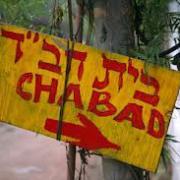 Plan your Elopement: There will Always be a Chabad House! 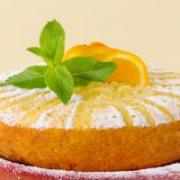 Say it with Apple Recipes for a Great New Year 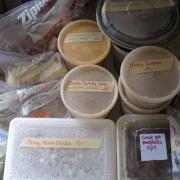 The Scoop About Meal Prep. My Tips and Ideas 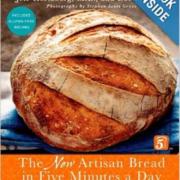 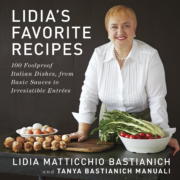 Welcome to our Venus and Mars Home!